The Hudson Falls Free Library began in 1910 when a group of interested citizens formed the Public Library Association and elected the first five trustees: Josephine H. Allen, Emily M. Devine, Charles D. Kellogg, Erskine C. Rogers, and Willoughby Sawyer. The first treasurer was Mrs. Marcus Allen who served from 1910 until her death in 1962.

As librarian, the trustees appointed Miss Genevieve Clark, a junior high school English teacher who, for $750 a year, furnished a room for the library in her home at 110 Main Street and her services as a librarian six afternoons and evenings a week. This library was chartered by the Board of Regents on October 27, 1910, to serve the people of the township of Kingsbury.

The current library building was completed in February, 1916, at a cost of $13,216. The Women’s Civic League played a major part in collecting funds for this building which was made possible through the gifts of many organizations and individuals in the area.

Miss Esther Sherman became librarian upon Miss Clark’s retirement in 1928 and served until her own retirement in 1973. In January of 1973, Miss Marie L. Gandron was appointed and was here until the summer of 2013.  In November of 2013, Miss Sarah Cordts, was appointed.  She instituted holding an annual Gala for the Library as well as a New Year’s Eve party each year for the community.   She was the Library Director until November of 2016.  The fifth director is, Kay Hafner, our current director.

Over the years, three major renovation projects have taken place. In 1960, the entire first floor of the building was redesigned and the basement was converted from storage area to a children’s room. In the late 1980’s, the first floor was again remodeled, moving the circulation desk, adding shelving, and installing a central-air conditioning system.

In the late 90’s, the library saw the installation of an elevator, making the 1915 building accessible to those with physical disabilities.

In the year 2010, the library celebrated its 100th year of service.  In 2015, we celebrated our 100th year in the current library building. Several events throughout the year were held.

The library receives the major part of its funding from the Village of Hudson Falls, the Town of Kingsbury, and the Hudson Falls school district. Book sales and a membership drive make up the library’s primary fund-raising events. 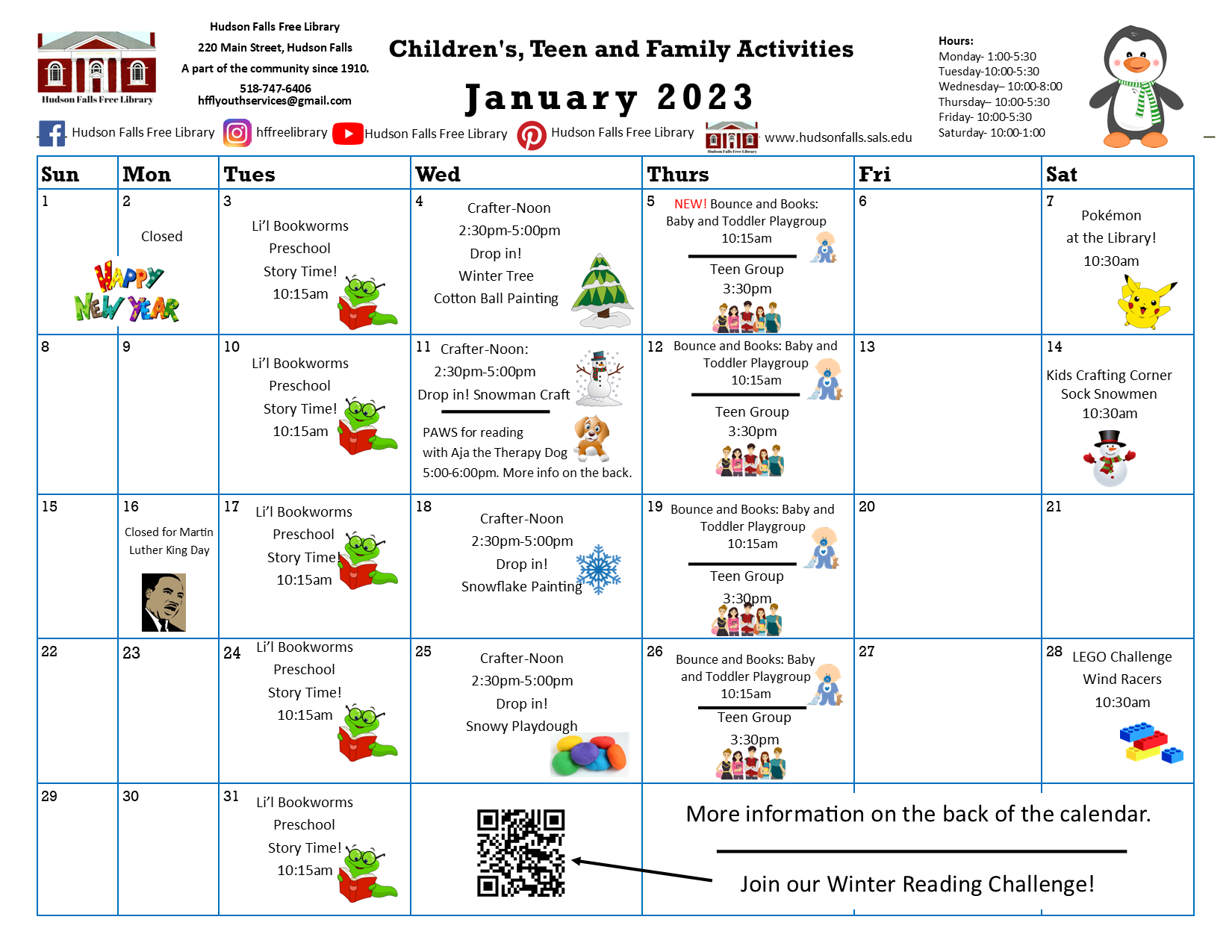